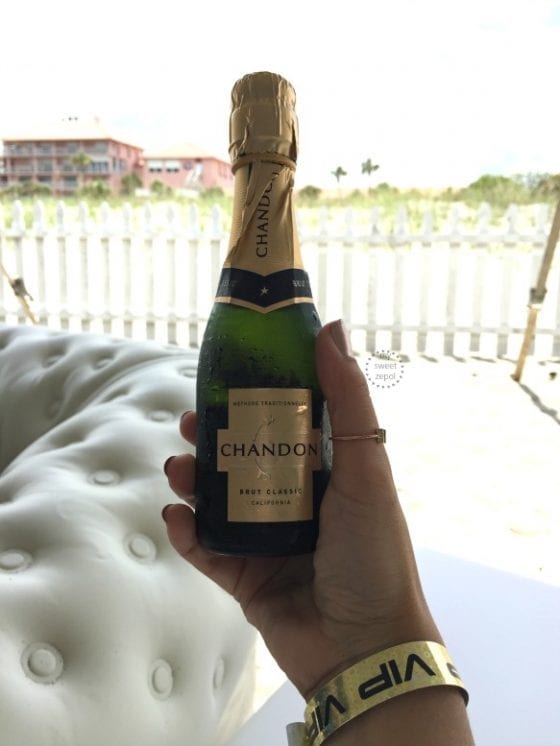 The event is the east coast sister of the popular Clearwater Beach Uncorked, now in its sixth year and well-established as one of the best food, wine and beer festivals on Florida’s west coast. 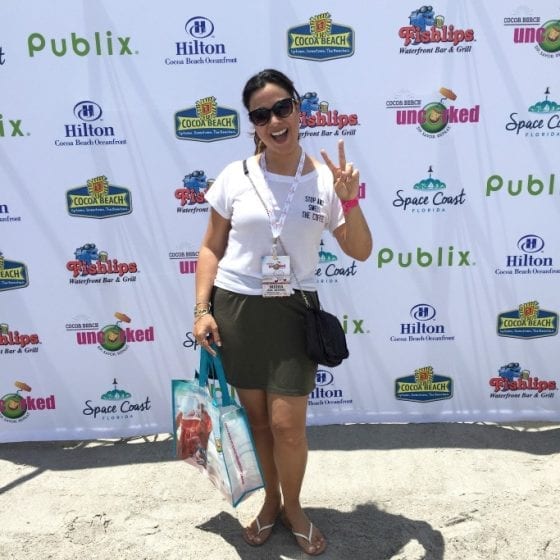 In addition to the Grand Tasting Village, the two-day event featured a variety of VIP and interactive experiences, tastings, cooking demonstrations, and competitions between some of the area’s most notable and award-winning chefs and restaurants. 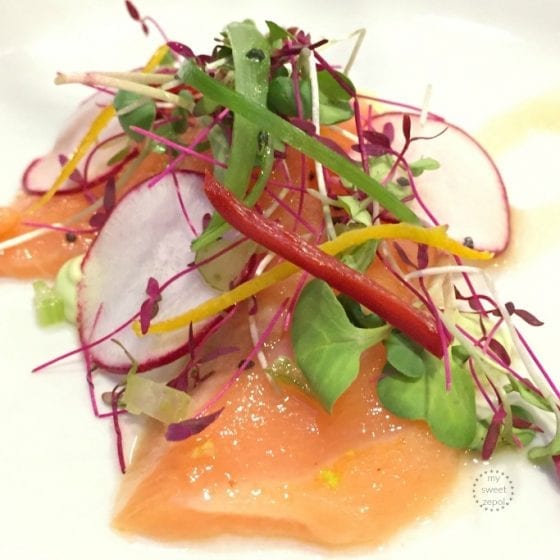 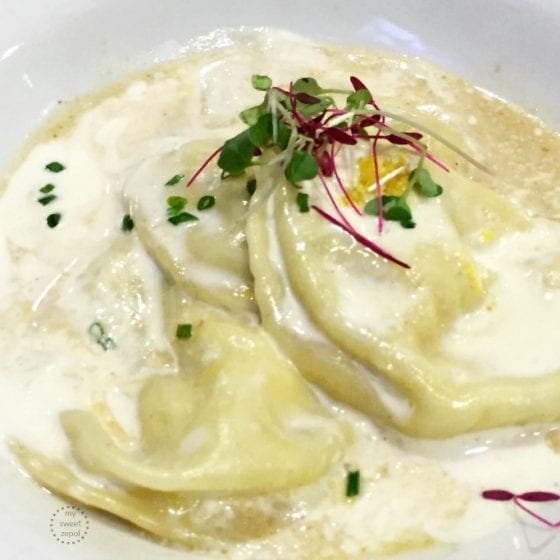 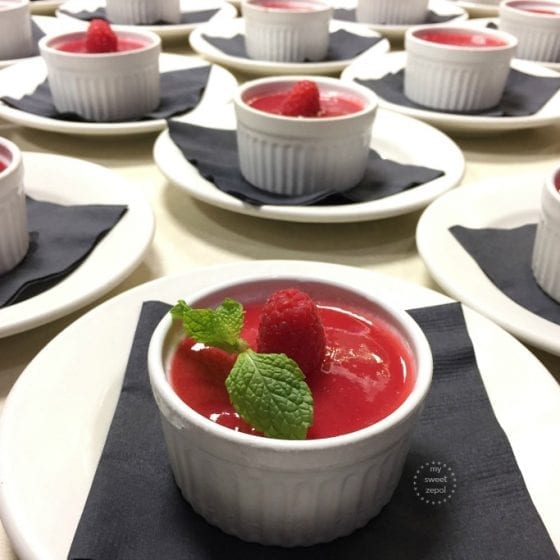 As media I had the privilege to attend a VIP Media Cooking Event sponsored by Duda Farm Fresh Foods and see MasterChef – season 7 winner – Shaun O’Neale. Where he showed off his skills in the well known Publix Aprons Cooking School in Orlando, Fl. A night full of fun, great food, conversations, and Chef Shaun O’Neale’s new cookbook My Modern American Table recipes for inspired home cooks.

Did you know that he was a DJ for YEARS before finally becoming a chef? Shaun has been orchestrating dance floors from the DJ booth for almost 20 years and refining his culinary skills in home kitchens for just as long. Spending years developing and fine tuning his culinary skills O’Neale came out of the home kitchen and in to the spotlight in 2016 on season 7 of the hit FOX show MasterChef. 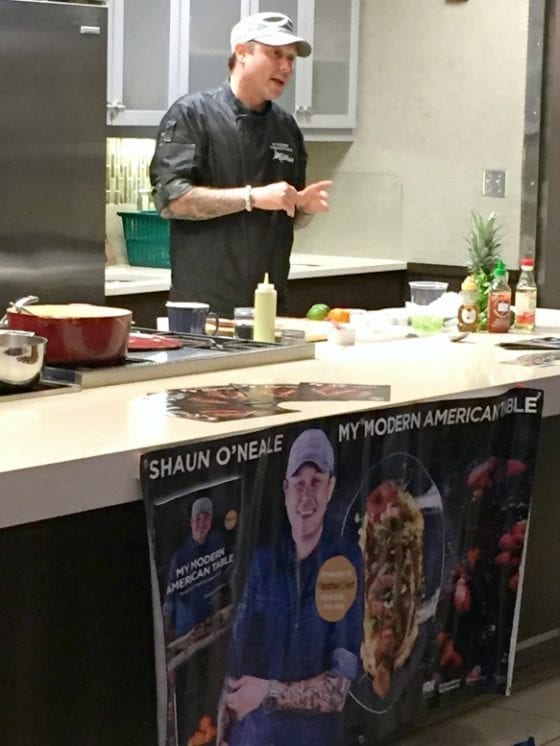 Cocoa Beach Uncorked was a great host to foodies, wine lovers and craft beer aficionados who long to wiggle their toes in the sand as they enjoy some of the area’s most delectable offerings. A 20,000-square-foot Grand Tasting Tent featured a vast array of mouthwatering taste experiences for discerning palettes. The food was amazing to say the least. No one left hungry or thirsty, no one! There was something for every palate. My daughter went with me and she couldn’t get enough of the amazing savory dishes, cupcakes and ice cream. It was truly an amazing weekend and I can hardly wait for another weekend like this one. 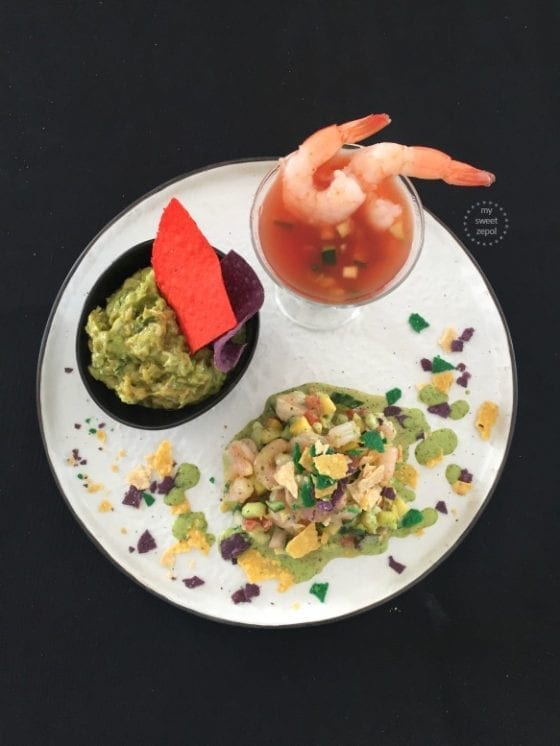 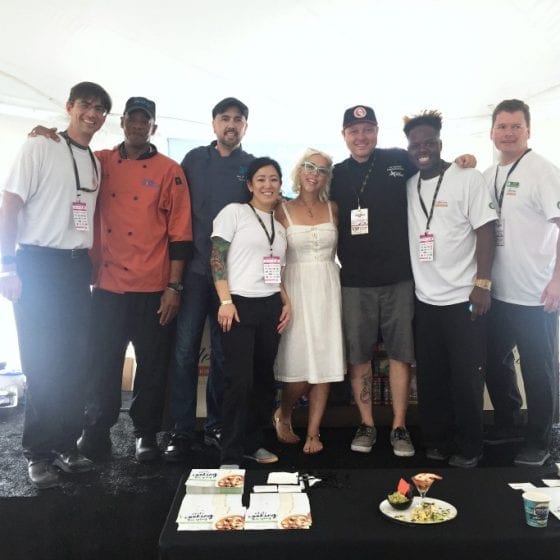 Disclosure: I was invited to attend several media press VIP events including the Cocoa Beach Uncorked festival; sponsored by Uncorked and Duda Fresh Farms. As always, all thoughts and opinions are 100% my own. This post contains affiliate links. 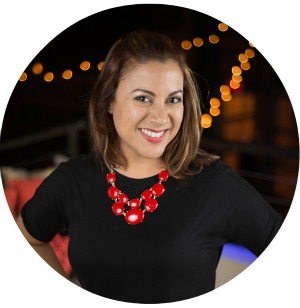 Recipe Developer / Food Photographer / Social Media Influencer
Making memories around the kitchen table and capturing them with my camera is where you’ll find me. Unless I’m boarding a plane or on a road trip somewhere with my girls.

This site uses Akismet to reduce spam. Learn how your comment data is processed. 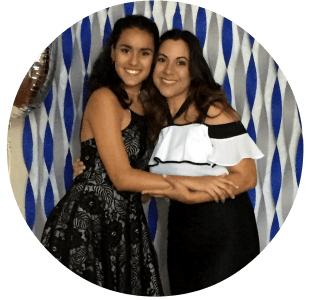 Hi, lovelies, we are mother-daughter duo, Wanda and Paloma! Come join us for a fun time, with lots of scrumptious recipes, traveling adventures, styling outfits you will want to wear season after season, some DIY's, with blooming gardens or growing veggies, entertaining tips and more!